So you’re hunting for a top-quality, versatile dashcam that can cover all your needs. Such models aren’t always easy to find – certainly not amongst the many sub-standard options on today’s market – but fortunately you’ve stumbled upon our review for the BlackVue DR650S-2CH. This nifty and feature-packed front-and-rear camera easily distinguishes itself as a high-quality option that does everything you could reasonably require a dashcam to do. 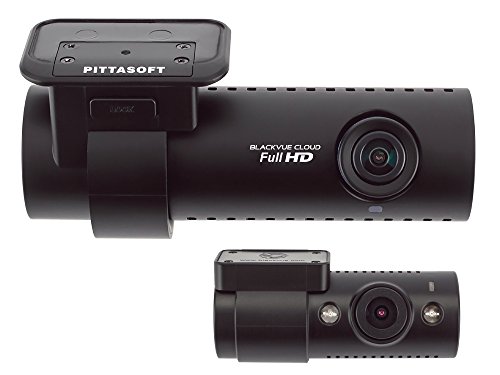 Now, it certainly isn’t the cheapest product out there, and there are certain features that could use improvement, but overall it stands as a brilliant piece of kit that manages to be discreet, comprehensive and technologically-impressive all at the same time. Check out our detailed review below.

As expected at the price, the video quality on this camera is pretty high at 1080p and 30FPS on the front camera, along with a respectable 720p and 30FPS for the rear camera. Sure, it’s not about to shoot any Oscar-winning films, but it’s easily enough to catch any interesting events in a decent amount of detail.

However, it’s not the highest it could be – certain users have complained that the low bitrate makes it harder to make out fine details such as licence plates; when it comes to achieving footage that could reasonably justify an insurance claim, being able to do this is pretty important. The bitrate of the front camera is only 10Mbps, whilst that of the rear camera is a mere 5Mbps. This is definitely a cut-below the average standard, and is the primary reason for the occasional difficulty in picking out small details.

However, there is a trade-off here; one which some customers may find absolves the model. The lower bitrate allows live video from the camera to be streamed directly to your phone. It’s debatable that not too many people need to do this, considering they’re usually driving at the time the camera is recording, but for some punters this could be a plus.

How about that Parking Mode?

Whilst most accidents occur whilst driving the car, people sometimes return to their parked vehicle to find that somebody has crashed into it and vanished without a trace, leaving them with a hefty repair bill and no way of pursuing legal action. That’s why dashcams such as this come with a parking mode that allows users to see any… *ahem*, notable events that occur whilst they’re not inside the car.

The BlackVue DR650S-2CH comes with such a feature, which in and of itself doesn’t necessarily make it more impressive than many other models. Where this camera distinguishes itself, however, is in it’s ability to automatically switch between driving and parking modes. Most models require you to delve into their settings and change modes manually – something that, I’m sure most people can agree, is pretty easy to forget when you’ve just gotten home from a stressful shopping trip or the like.

The sensor that runs this is very good at not accidentally switching to parking mode when in stop-start traffic, but perhaps the most impressive aspect of this feature is the motion sensor technology that can detect movement and begin recording before an impact occurs. If such an accident does happen, you’ll have specially-saved footage of the seconds leading up to the crash and the aftermath – easily accessible and (hopefully) detailed enough to protect yourself.

Another huge selling point of this model is the WiFi connectivity and Cloud compatibility. This is a very handy feature that allows you to access your dashcam’s video logs pretty much wherever you are (provided you have a stable internet connection). As mentioned, it can also work like a live security feed – so if you, for example, hear a suspicious noise outside your house and are worried that your vehicle is in danger, you can very easily see exactly what’s going on without even needing to stand up.

Your dashcam will alert you if it does detect any impact – you’ll receive a notification on your phone almost instantly, allowing you to be proactive in resolving the issue. Nobody wants to come back to their car and find it’s been the victim of a hit-and-run hours before, with no way of telling who could have been responsible. With this BlackVue model, you never have to worry about such occurrences.

On the slightly less essential (if still rather neat) side, there are a couple of other Cloud-enabled features it’s worth mentioning. If you’re an avid social media fan and happen to catch some funny or interesting footage, you can also upload to Facebook and Youtube with minimal effort (and even stream live video!). Additionally, you’ll also be able to receive communication from others through your dashcam, just like a phone. These aren’t necessarily vital features, but who can complain that they’re there?

The BlackVue DR650S-2CH will set you back a decent amount, but it is an undeniably capable dashcam that provides extensive coverage and an array of neat features that set it apart from the crowd. The video quality may not reach the loftiest of heights, but its Cloud connectivity (and all of the bells and whistles that accompany it) and particularly it’s auto-switch mechanism between driving and parking mode make up for it.

If you’re looking for a higher-end dashcam that will deliver a great all-round performance and complete protection, then your search may well be over. If you’re keen to learn a little more about dashcams and their various uses, do feel free to check out our comprehensive dashcam FAQ page, where we can hopefully answer any questions you may have!