It’s highly likely, unless you’re a hard-line dashcam aficionado with a collection case full of the things at home, that you had no idea Motorola made dashcams. They’re far better known for their mobile phones (who remembers the catchy ‘Hello Moto’ jingle from their old ads?) and, more recently, their smartwatches. In fact, you might be forgiven for thinking the company doesn’t exist anymore for the amount the name is heard nowadays.

However, they do still exist, and they do make dashcams. Whether or not they do it well, however, is another question entirely. We’ll be taking a look at the Motorola MDC100 and working out whether or not it’s worth your hard-earned cash. Read on to see what we thought… 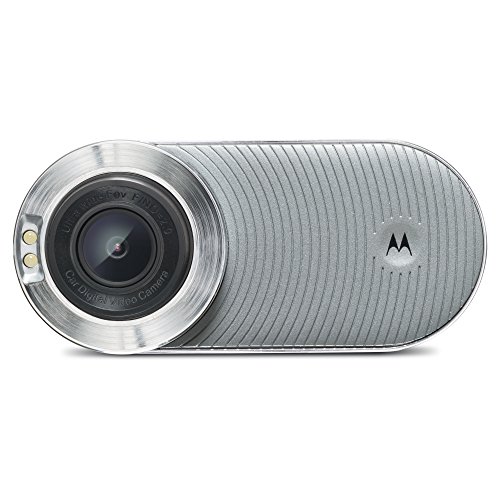 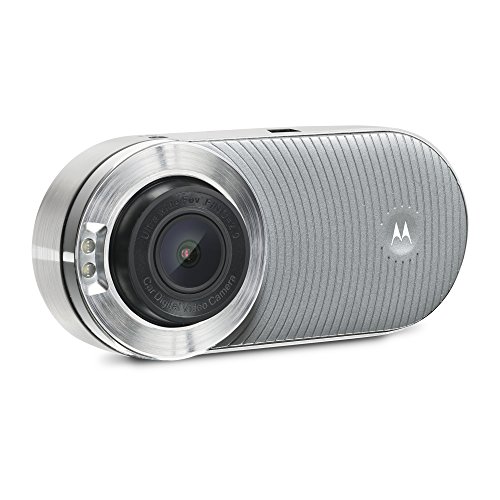 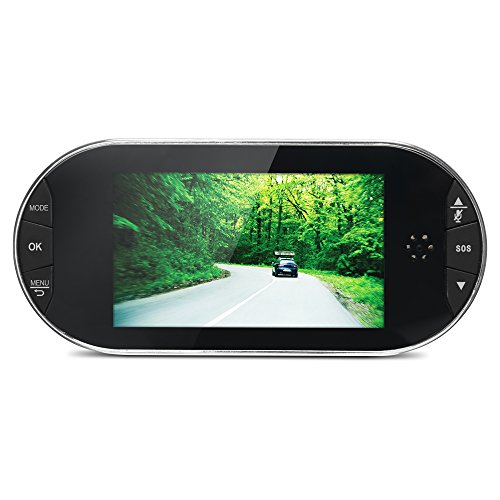 First thing’s first: this dashcam is pretty small. At a diminutive 2.8 x 10.4 x 4.6 cm, it’s discreet and rather sleek, coming in silver or black, with a brushed metal rim on the lens and a minimalist body hosting the instantly-recognisable Motorola logo on the front. The silver model looks somewhat eye-catching even from outside the car, which could be a bad thing if you’re worried about theft. That said, it certainly looks sturdy and compact, as you’d expect from a big-name brand like this.

But is it all just show? We’ll see. Setting up the camera is fairly simple, and you may be glad to hear that the power cable is capable of plugging into your car’s USB socket rather than requiring that you use the auxiliary/cigarette lighter socket. This is all well-and-good, until it comes to attaching the device to the windshield itself.

Unfortunately, as has been confirmed by multiple user reviews, the suction pads that connect the mount to the windshield are frequently ineffective. Multiple customers report the camera or mount falling off repeatedly, even whilst driving. This is a rather large downside for a product that is intended to stay fixed in place and capture footage of an accident – if normal driving is enough to dislodge the mount, what can one expect from a collision?

Additionally, whilst it’s great that the cable connects to your USB port, when you mount the camera from the ceiling the configuration of the charging socket means that the power cable unavoidably hangs down from the camera, potentially causing a hazard and almost certainly causing an annoyance. Admittedly, though, the cable is very long, so it’s possible to find ways to move the cable from where it creates any issues.

So far the outlook on this little device isn’t the best, but let’s plough on regardless. 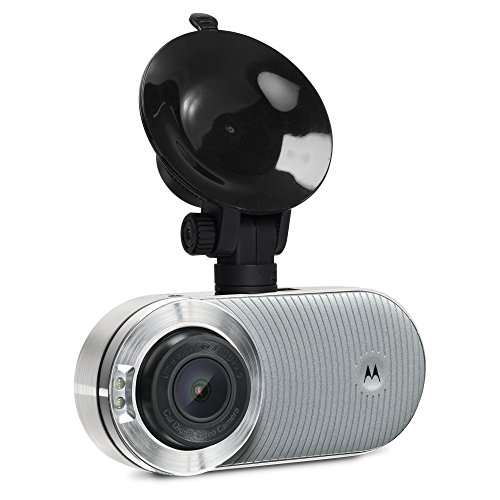 Where the camera does shine a bit more is in its video quality. Now when we say ‘shine’, that’s only in comparison to the shoddy quality of the mount and the illogical position of the charging port. During the daytime the 1080p image quality is good, but not excellent (it will find it hard to pick up details like licence plates from passing cars, for example). For a camera of its size and price, it’s a serviceable level of quality.

Night-time recording, however, suffers rather a lot. You’d be forgiven for thinking that the grainy found-footage cinematography of 1999’s horrifying The Blair Witch Project offered a higher level of quality than this dashcam does in dark conditions. When a dashcam’s primary purpose is to capture footage that could potentially be used to pursue legal action then it needs to perform well enough to pick up the details. Unfortunately, the MDC100 fails to do that.

To be fair, that’s a common pitfall that many dashcams tumble into. There seem to be more dashcams with poor-quality nighttime footage than there are those with good-quality footage. And, to be entirely fair to this Motorola device, it’s a very cheap option at only around £50. That doesn’t, however, mean we recommend it. 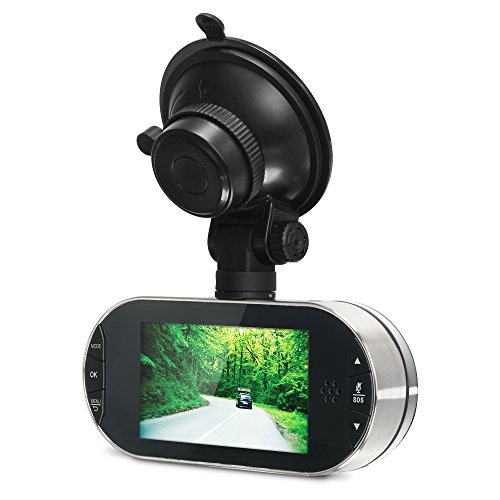 As a small camera, the Motorola MDC100 naturally has a small screen. The on/off and record buttons can be confusing at first, taking a bit of time to get to grips with, but once you understand them they’re pretty simple to use. The screen itself can be turned off to reduce glare, which is useful at night (even if the footage you pick up isn’t), however this is only possible after three minutes of use.

One other important thing to note is that if you turn recording off for any reason, such as to toggle the settings, you must turn it on again or it won’t continue. Many other dashcams record automatically whenever you’re driving, so if you do decide to purchase this one it’s crucial to keep that in mind. All in all, the user interface on this device isn’t terrible, though it does have a few notable issues. 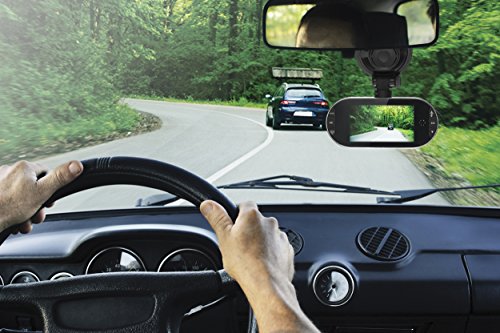 As a budget dashcam, the list of other features on this device is short. It would be simpler to say what it lacks rather than what it possesses. Where many dashcams come with GPS connectivity, this one has none. There is no software for collating and reviewing your footage, though the videos are saved in a standard .AVI format which is compatible with pretty much every computer.

Unless you already own them, you’ll need to purchase both a micro SD card and an SD card reader in order to make use of the device. Sure, this isn’t convenient, but who can argue with it when the device is so cheap in the first place. When you do have your hands on those, all you need to do to properly review your footage is insert your micro SD card (not included) into your PC and transferring files should be a breeze.

The camera also comes with standard G-Sensor impact detection, meaning that you don’t need to worry about important footage of an incident being overwritten. This feature is common amongst almost all dashcams, so it’s good to see they didn’t skimp on it here.

This is tough, because this camera has rather a few shortcomings. The poorly-designed suction cup mount is perhaps the most glaring of them, considering the camera could easily be knocked down by the impact of an accident and fail to capture the footage you need. There are of course other downsides too, but these are easier to overlook.

However, it’s such a cheap option that it’s hard to be too critical. Yes, a dashcam needs to do certain things to function as intended, but the MDC100 does most of them adequately. That said, considering everything we’ve mentioned, this isn’t a dashcam we recommend. Goodbye, Moto. 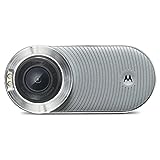