Whilst you may know them for their mobile phones, Motorola have also dabbled in the ever-growing dashcam market. Unfortunately, all of their devices in this area have now been discontinued, but you can still pick them up for very reasonable prices elsewhere.

This review will be looking at the Motorola MDC400, the big brother of the MDC100 (which we reviewed here, and unfortunately found it difficult to recommend). When we say ‘big’ brother, we mean it – compared to it’s sibling it’s practically enormous, with a screen almost twice the size of the one boasted by the MDC100. But does bigger necessarily mean better? Let’s find out. 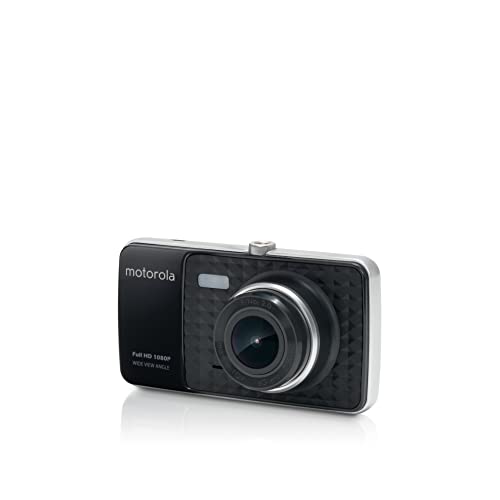 As noted, the MDC400 is a fairly large dashcam – especially for its price. Clocking in at 6.4 x 11.5 x 4 cm, with a 4-inch diagonal screen, it’s a lot less discreet than it’s littler sibling. This is good for those looking to review their footage; because there is no handy app or software through which you can sync your videos with your smartphone or laptop, users may find it easier to simply watch it back on the camera itself; something that the larger screen definitely helps with.

It also looks very elegant. Most products from big-name companies do. It doesn’t necessarily guarantee quality, but at least it adds a certain flair to the interior of your vehicle. When it comes to setting the device up, too, there are few complaints to be heard.

The suction cup mounting mechanism, whilst widely-reported to be rather ineffective with the MDC100, is much more efficient when it comes to the MDC400. The mount is sturdy enough to keep the camera in place even during hot weather, which we know is a fairly low bar to set, but it’s worth a mention considering how poor the mounting mechanism of this camera’s smaller brother was.

Unfortunately, one of the design inadequacies of the MDC100 was preserved with this device – the illogical positioning of the charging port. When affixed to the ceiling or the top of the windshield, the charging cable ends up hanging directly downwards from the camera, holding the potential to get in the way of the driver’s vision and at least cause some irritation. It’s not the end of the world, though, and overall the setup for this device is pretty simple and convenient.

Ah, yes. Thankfully, the MDC400 manages to really impress when it comes to camera quality. At 1080p, the daytime video quality is crisp and clear, somehow managing to surpass the 1080p of the MDC100. You can make out plenty of detail, even at fairly high speeds, so you can feel confident in the fact you’ll be protected in the event of almost any incident.

Where the MDC100 fell short was with its nighttime video quality. Recording at night is important, as it’s where accidents are more likely to happen, so a dashcam being unable to capture detailed enough footage once the sun goes down is rather a large downside. Luckily, the MDC400 definitely improves upon it’s tiny sibling. It won’t deliver  Blade Runner 2049-esque night shots, of course, but it should be enough to help you prove that the collision was definitely their fault, not yours.

The 140-degree lens also offers enough field of vision to capture lots of the action around you without ever being in danger of producing a fish-eye effect. Overall, the camera quality of this device is very, very good for the price.

Other features (or limitations)

Because this is also a budget camera, however, there aren’t many bells and whistles to speak of. That’s not a huge problem unless you want to have lots of fun with your dashcam, so for anybody who’s purely browsing for practical purposes it will serve you fairly well.

The primary extra feature is the G-Sensor impact detection system, which as you may already know recognises when an impact to your vehicle occurs and then permanently saves the footage from before, during and after the incident, preventing any important clips from being overwritten as the memory runs out. It’s a common feature in most modern dashcams, but it deserves a mention.

On the topic of memory, a slight downside is the lack of any internal memory or a micro SD card (which requires a micro SD card reader) that comes included with the product itself. This means that unless you already happen to own such accessories they have to be bought separately. It’s arguable that a large proportion of modern consumers will possess such devices, but it still adds to the overall cost of the dashcam.

Some dashcams come with software or apps to organise and view your footage, but Motorola’s dashcams don’t possess this. It’s not a huge issue, as you can easily transfer the footage to a laptop or PC and do whatever you want with it (the clips are all saved in standard .AVI format) but it is a slight shortcoming compared to some other models. However, it’s hard to complain at such a low price point. 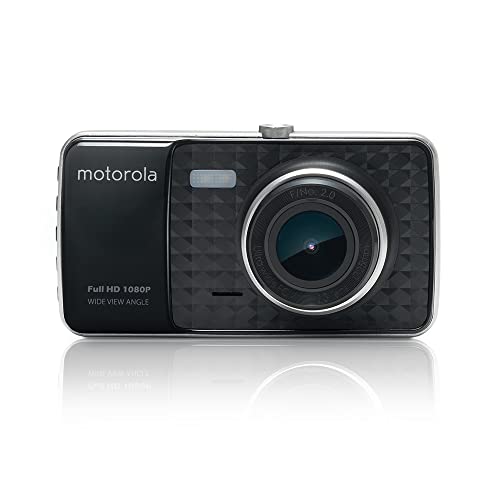 If you find yourself picking between the Motorola MDC100 and MDC400, we’d urge you to choose the latter. It doesn’t feature many of the same issues that it’s smaller brother does, and performs well as an all-round dashcam. If you have to purchase a micro SD card and reader then the overall price will be bumped up a little, but overall it will still be an incredibly affordable, attractive and reliable device that is well worth your money if functionality is your only concern. 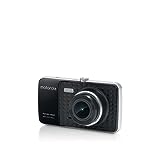