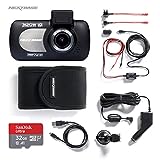 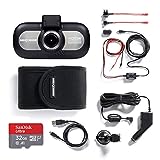 Dashcams are a very useful invention. Whether you love them for providing security when it comes to insurance claims, or simply for exposing just how crazy Russia’s roads seem to be, there’s no denying that they’re here to stick around. However, as can be said of any growing market, there is a hugely varied level of quality between different models.

For this article we’ll be looking at two offerings from Nextbase, a UK leader when it comes to car technology – particularly dashcams. Now, these aren’t exactly competing products – essentially, one is a lower-spec version; similar to the BlackVue DS range. We’ll be breaking down the differences between the two and whether the higher price tag of the upgraded model is justified. Read on to see what we thought. 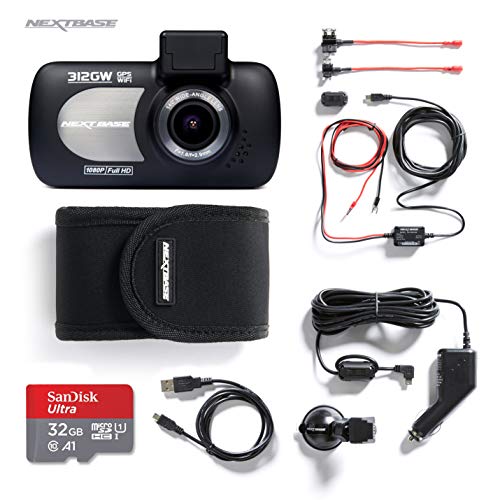 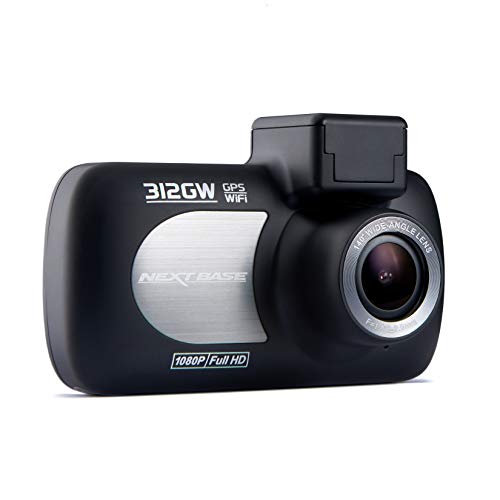 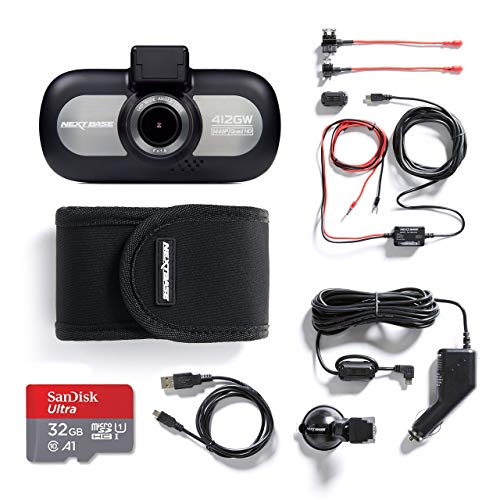 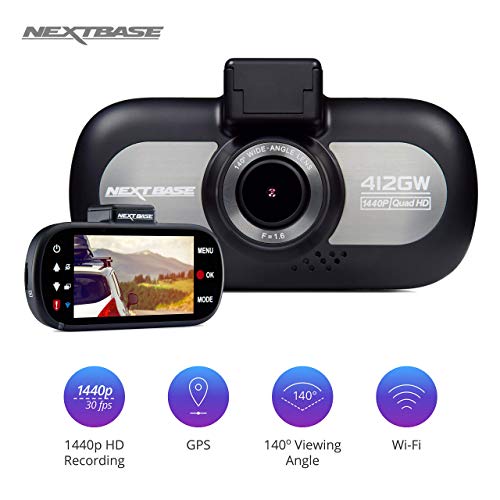 The quality of recording is a crucially important factor when it comes to choosing a dashcam – at least for the majority of consumers. If you’re simply looking to catch some viral videos, it might not be as important, but if you’re seeking to protect yourself from hefty repair costs then it’s important that the quality of your dashcam’s video is of a decent enough standard to pick up small details such as licence plates. With that in mind, let’s compare the quality of the two dashcams we’re looking at today.

The 312GW, as the lower-spec version of the two, might be expected to suffer when it comes to quality. The news is both good and bad. During the daytime its 1080p, full-HD camera picks things up fantastically, offering a crisp image from which you can easily make out licence plate numbers, road signs and all of the many other details of the space around you. 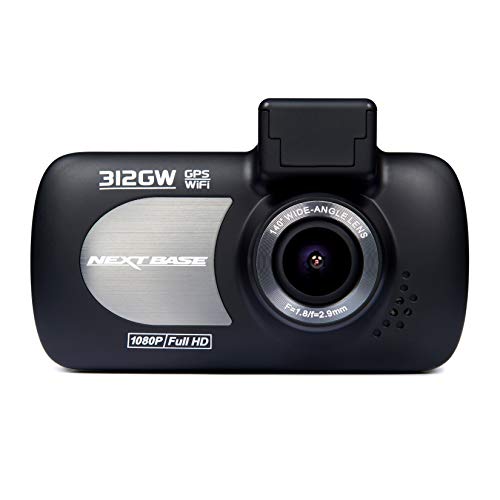 Once the nighttime kicks in, however, the image suffers a distinct drop in quality. Whilst you’ll still be able to easily-discern the timeline of an incident (most cameras can make out a convertible crashing into the front of your car) you may have a much harder time making out the licence plate, meaning that if any criminal activity takes place – such as the driver deciding to hit-and-run – you’ll have a much harder time pursuing legal action.

When it comes to the 312GW’s big sibling, the increased price tag does deliver a fairly hefty increase in video quality from 1080p to 1440p. Obviously, during the daytime, the difference isn’t huge – the resolution in light conditions was already crisp enough to make out almost everything you’d need to. However, when it comes to the darkness, this model copes far better. 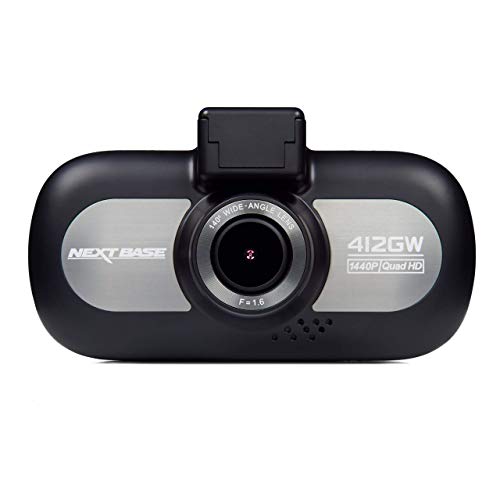 It’s still not the best nighttime camera out there, but for it’s overall price the 412GW offers an impressive amount of detail and quality. Due to this, if capturing night-time footage is important to you we’d recommend investing in the slightly more expensive model of the two.

As is true of any electronic device, the dashcam can be made or broken by the strength of its user interface. Nobody likes confusing menu screens that take endless minutes to navigate, nor fiddly and imprecise button configurations. Just look at Apple’s products – their phones don’t necessarily do things that those of other market leaders such as Samsung don’t, but their iconic, accessible and elegant user interface is instantly-recognisable and frequently imitated.

Let’s examine the (rather large) differences between the 312GW and 412GW’s user interfaces, then.

The first thing that strikes you about the 312GW’s interface is its simplicity. With only six buttons, you certainly won’t find yourself overwhelmed by the device’s features. This, in many ways, is a good thing – many users prefer the solidity of buttons over touchscreens (which can frequently be tricky to use, especially when featured on lower-cost devices). 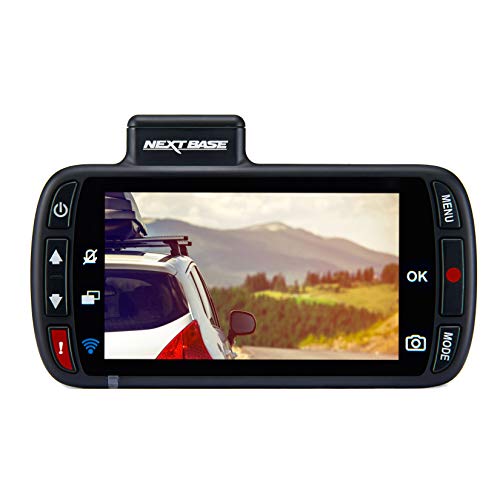 However, where this physical interface becomes slightly less positive is the point at which you have to use those six buttons to navigate an increasingly-complex system of menus. This can be tricky, until you learn their layout off-by-heart at least. The screen size is also fairly small at only 2.7 inches.

At the very least, the buttons are on the face of the device rather than on the side, as some models possess. You can easily see them and what their function is, so any inconvenience they might cause at first likely won’t last long once you get to grips with the device.

The user interface is perhaps the biggest difference between the two dashcams we’re looking at today. Where the 312GW has fiddly buttons and a small screen, the 412GW has a larger touchscreen interface. This makes the menus much easier to navigate and the buttons simpler to press, which might make this model better for those with weaker coordination. 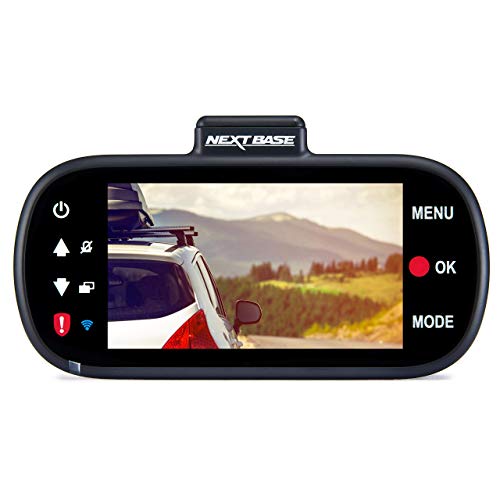 The only real downside to the touchscreen interface is that it can be quite easy to knock the mounted camera out of alignment unless you hold both sides of the screen as you use it. This makes it somewhat counterproductive for lone drivers with no passengers to help them. If they want to keep the camera pointing in the correct direction and change the settings, they have to come to a stop in order to guarantee safety.

This problem is reportedly lessened once users get acquainted with the device, so if you’re willing to learn then this does become a much more accessible user interface than that found on the 312GW!

It’s rare that you’ll need to use a dashcam clip – accidents don’t really happen that often. However, it’s naturally very important to be able to access the footage if something bad does happen. With that in mind, having a decent amount of memory that isn’t constantly being filled up with useless footage is important. You don’t want to get into an accident only to find that your dashcam memory was packed and the incident wasn’t recorded.

This might also be quite vital to people who use dashcams for more recreational or creative purposes, such as capturing interesting footage or recording driving routes. Let’s take a glance at the memory differences between these two devices.

The 312GW is compatible with any Micro SD card up to 128Gb in size. Each three-minute clip takes up around 350Mb on this model. This means that on average, using a 128Gb card one can fit around eight hours of recording. This is a fairly decent rate of compression, and provided you’re careful with erasing or exporting unneeded footage you shouldn’t run into issues with important clips being wiped.

Just like the 312GW, the 412GW can take Micro SD cards up to 128Gb, and despite its higher resolution it has a similar rate of compression and can record for around the same length of time. With both of these devices, ensuring you keep the footage you need will be partly dependent on how large the memory of the SD card you use is. Either way, if utilising the maximum amount of memory possible, both models perform on a pretty decent (and similar) level.

Many dashcams come with additional smart features that make using them more convenient, enjoyable and efficient. Whether that’s auto-recording functions that eliminates the need to switch on your dashcam every time you begin driving or the ability to stream live footage to YouTube, extra bells and whistles usually make a device better rather than worse.

Let’s examine some of the additional features that the 312GW and 412GW come equipped with. Who could turn their nose up at extra functionality?

Alongside boasting GPS functionality that allows users to record the exact route of trips (which is useful for those using a dashcam to help document their travels), the 312GW’s WiFi connectivity also allows users to connect their device to a smartphone app that lets them share and even edit their footage! This is great for those who aren’t simply using their dashcam for protective means; a market that is growing all the time.

The loop recording function also guarantees that the dashcam will never stop recording (though as discussed above, users must be careful not to accidentally let important footage be erased). Beyond this, there aren’t many more features to highlight – though at £99 this is to be expected, and the ones it does have are fantastic for the price regardless. 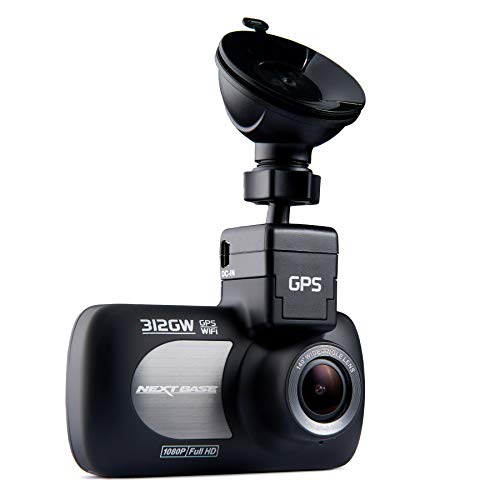 As the higher-spec sibling, the 412GW naturally comes packed with all of the same additional features as the 312GW. The slight edge it comes with compared to it’s cheaper brethren is the smart parking mode that is activated by movement. This saves memory, not to mention battery life. It may not be a make-it-or-break-it feature, but it’s nifty, economical and convenient. 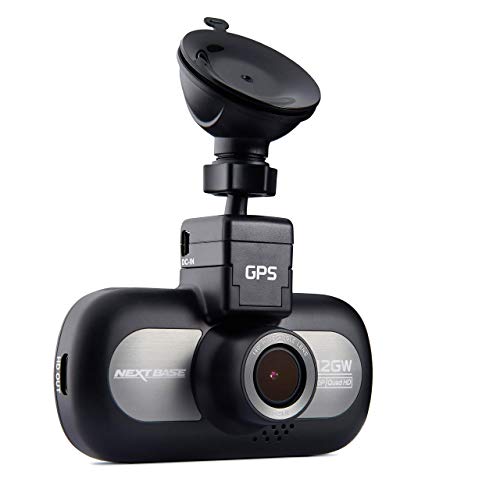 This, of course, matters far less than many of the other features in this comparison review – to most people, anyway. But you may well want to deck your car out with the sleekest-looking dashcam you can find, so it’s worth comparing the respective looks of these two models and figuring out which one looks the most appealing.

This is a pretty sleek-looking device for its price, and certainly won’t make your vehicle look ugly. It’s lens is located on the right-hand side and the brushed metal flairs embossed with the NextBase logo heightens the overall sturdy feel of the device, even if it is primarily made of plastic. 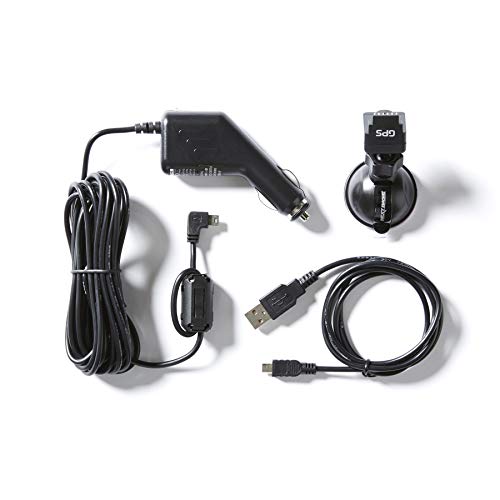 If there’s any criticism it’s that the button-based interface isn’t particularly attractive. The buttons look chunky and the icons they’re labelled with don’t exactly scream ‘elegance’. Overall, however, this is a good-looking dashcam – even if it won’t win any awards for aesthetic design.

Unsurprisingly, the overall visual design of the 412GW is pretty similar to that of the 312GW. There are a few noticeable differences, however. The lens, rather than being located on the right-hand side of the device, is instead placed in the middle – affording it a pleasant symmetry that some users may prefer. 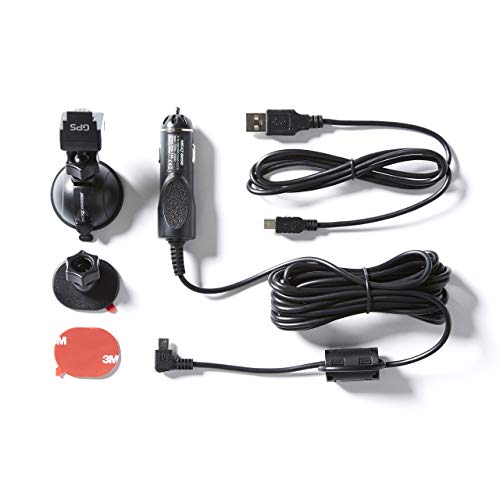 On the other side of the device, the design also takes a turn for the better. Without buttons, the device looks somewhat more modern and sleek. However, the icons still look – in this reviewer’s opinion anyway – rather ugly and outdated. Either way, however, most users won’t be too hung up on appearance; especially not when it comes to lower-priced options such as this.

Dashcams are designed to offer protection – that’s their primary purpose, and it’s what most customers are looking for when it comes to making a decision on their purchase. Of course, many users utilise dashcams for documenting or creative ends, though this is certainly a smaller market than the solely-pragmatic shoppers. For both types of dashcam user, however, we believe that the 412GW is the superior model.

At base price, it only costs £30 more than the 312GW – and it’s certainly easy enough two years after it’s release to find it at a reduced price. Considering the improvements it makes upon it’s smaller sibling, including an upgrade in camera quality that is especially relevant at night, the extra money is very well-spent. If, whilst using the 312GW, your vehicle is hit at night and you can’t make out the licence plate of the car that did it, you’d more-than-likely wish you’d forked out the extra cash for the model with better night recording quality.

For this reason, we declare the NextBase 412GW the WINNER in this battle. They truly are both great devices, but the higher-spec option takes the crown this time.

If you wish to learn more about dashcams, we encourage you to check out our FAQ page that offers plenty of comprehensive information on the matter. Happy shopping!