Cameras are everywhere – on the streets, orbiting the planet, in our pockets, and now in our vehicles too. The dashcam craze has been taking the world by storm, protecting drivers across the globe and producing some hilarious footage to boot.

As a result, you can find devices from a huge range of brands, from household names such as Garmin to less well-known competitors like Japanese company Mio.

We’ll be looking at the MiVue 658, a dashcam from Mio that we found to be fairly impressive, if rather expensive. It isn’t necessarily perfect, but it’s certainly not a bad device by any means. Keep reading to see exactly what we thought… 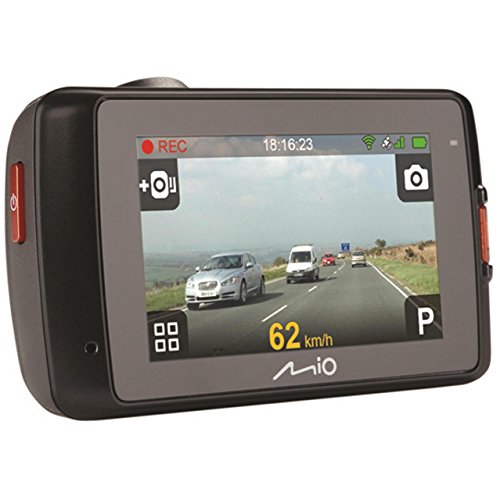 Some dashcams, such as the Garmin 65W, are incredibly user-friendly and simple to set up. This device isn’t quite that easy to install, unfortunately. Rather than featuring a handy USB port built into the side of the camera, the MiVue 658 requires you to remove the plastic cover from the back to attach the power cable, and this proves to be an exceptional challenge for many customers.

If you can overcome this obstacle, however, the rest of the installation process is a breeze, with an easily-attachable windshield mount that fits the camera into place. The camera will then begin to record automatically as soon as you begin driving, documenting your entire journey (or at least until the point at which you run out of memory, when it will start to overwrite the footage from the beginning. However, you can instruct it to store clips permanently, and it will also do so if it detects a collision.

It’s a small camera at only 4.7 x 1.2 x 2.4cm, but it’s weighs 331g. When compared to the similar dimensions yet much lower-weight of the aforementioned Garmin 65W, the MiVue 658 feels a lot more robust in general. That said, it’s a much less attractive machine. Yes, we know, aesthetics are subjective, but it’s somewhat hard to imagine anyone finding this device more elegant than a product from Garmin or BlackVue, for example.

However, let’s not be too shallow and take a look main features of this dashcam. 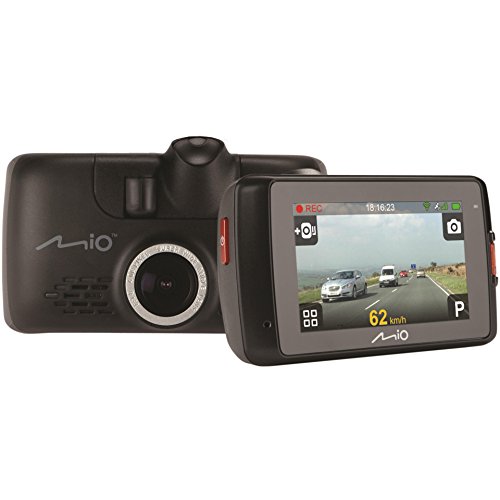 Video quality is where the MiVue 658 really shines – it’s well-equipped to capture high-quality footage in pretty much every conceivable weather condition (okay, it might struggle in a blizzard or some kind of apocalyptic firestorm, but you get what we mean). With a maximum resolution of 2304 x 1296 and framerate of 30FPS, you’ll end up with very high-quality footage at a moderately low file size.

One particularly standout aspect of the camera quality is the low-light recording feature, which does a great job at picking up plenty of details even on the darkest of nights. Night recording is an area where a lot of dashcams fall flat, despite a huge amount of accidents taking place after the sun has set. The fact that the MiVue 658 doesn’t suffer too much in low-light conditions really is a major selling point in our opinion.

Alongside this, the 658 also comes with WiFi connectivity, which we suspect will be a rather appealing feature for many users. Some dashcams need to be hooked up to a computer to transfer and organise footage, but with the MiVue app you can sync your footage directly to your smartphone. If you’re a social media showoff (aren’t we all?) then you can also upload footage of that awesome drift you did or the crazy pedestrian you almost hit to YouTube or Facebook without having to touch a single cable.

The 658 also connects to GPS too, so you can overlay your trip onto Google Maps, useful both for tracking your route or for crafting more fun things like the wacky art produced by these guys. On a more serious note, it’s also good to have evidence of the exact time and place an accident takes place for legal purposes, which makes the GPS functionality a must. 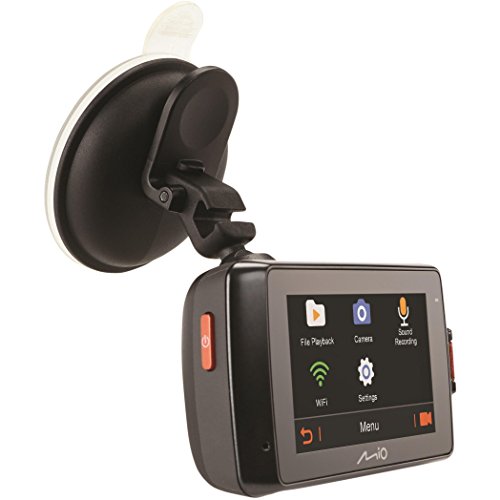 The main extra feature of this camera is probably the touchscreen. It’s easy to use, intuitive and slick. The 2.7 inch screen offers enough space for even the chunkiest fingers to find their way around the menus, and it’s responsive enough that you won’t need to tap furiously on an icon multiple times before it recognises your finger. It may not be quite as convenient as a voice-control feature, of course, but it’s still easier than faffing around with a load of buttons.

It’s fairly par-for-the-course for mid to high-end dashcams to come equipped with impact-detection G-Sensor technology, and unsurprisingly the MiVue 658 meets this standard. If you aren’t aware, G-Sensor technology notices the force of an impact and saves the footage both before, during and after the incident permanently so you don’t accidentally find that it’s been overwritten. It’s a useful and somewhat vital feature when it comes to modern dashcams.

One feature it’s also worth mentioning is the device’s parking mode. Not every dashcam features this setting, but it allows the dashcam to continue recording even whilst the vehicle is stationary. This will be a godsend if you wake up some morning to find that someone has clipped your wing-mirror overnight and driven away. However, the downside is that using this mode requires the purchase of an extra ‘Smartbox‘ accessory, which atop the base price tag of the dashcam itself may make this device a little too expensive for some people. 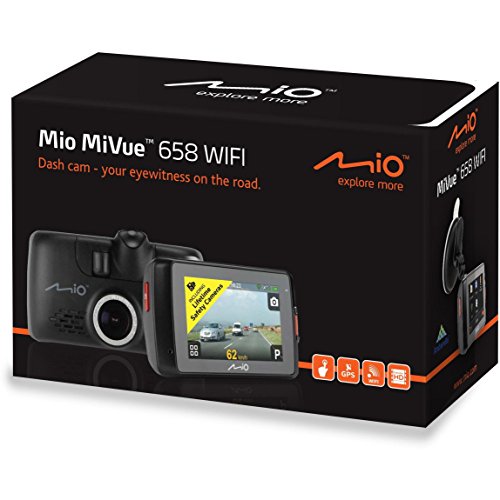 The Mio MiVue 658 isn’t likely to win any awards, but it’s a functional and high-quality dashcam that can capably handle most of the tasks thrown its way. It’s touchscreen makes it a very user-friendly device, and the video it captures is impressive – especially at nighttime. Furthermore, the extra features such as GPS functionality and Wifi connectivity are useful for a number of different tasks.

If you don’t own a smartphone, as some people may not (even despite the fact that they’ve basically taken over the world) then it may not be worth spending the extra money on this model, as WiFi connectivity is one of its major features. If you do, then you’ll find the MiVue 658 to be more than serviceable. 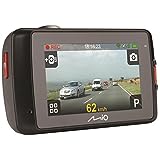